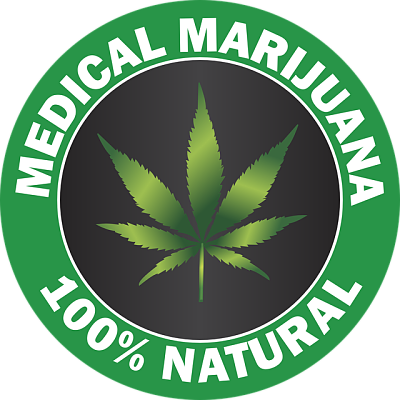 Below you will find frequently asked questions and their respective answers. If you have any questions not on this page feel free to contact us by email or on our Facebook page.

What Is Medical Marijuana?

Medical marijuana is marijuana that is used to treat symptoms of conditions or the conditions themselves. The cannabis plant was used medically for hundreds of years around the world until the early 1900s.

What Are THC and CBD?

THC is an abbreviation for tetrahydrocannabinol. It is the psychoactive substance in marijuana. This substance is what produces the high of marijuana. There are two synthetic forms of THC. They are approved by the FDA to ease nausea and vomiting in patients receiving chemotherapy.

CBD is an abbreviation for cannabidiol. It is another substance in the plant that is not psychoactive. CBD is the substance that shows more promise with respect to medical benefits.
Cannabinoids

These are the chemicals in marijuana that have been the subject of many different medical studies. There have been two types of medications with the cannabinoid chemical in them that have been approved by the FDA. These medications currently only come in pill form. Many studies have shown the different chemicals contained in the marijuana plant can help people who are suffering from a variety of illnesses and symptoms. The marijuana plant has over 99 types of cannabinoids.

Nabiximols is a plant extract that carries an equal ratio of THC to CBD. It is approved in some places in Europe for the treatment of multiple sclerosis, spasticity, neuropathic pain, overactive bladder, and other conditions.

What Are The Medical Purposes For Cannabis?

There are two main types of cannabinoids from the marijuana plant that have gotten the most attention for their medical possibilities. They are CBD and THC. The cannabinoid CBD is different from THC. It does not provide a “high” to people who use it, a quality that makes it less popular for recreational use. CBD has been shown to help control epileptic seizures. It has also been used successfully to treat various addictions and mental illnesses. The FDA has approved a liquid medication based on CBD that has proven to be effective in treating some types of severe childhood epilepsy.

Studies have shown THC can decrease symptoms of nausea and increase a person’s appetite as well as lower pain. THC has also been proven to decrease muscle control problems as well as inflammation. It is also effective in treating inflammatory bowel diseases, anxiety and depression. People suffering from diseases that affect the immune system including multiple sclerosis (MS), HIV/AIDS and others have also benefited from it.

Medical uses of marijuana include researched and approved uses and off-label uses. The most common uses for marijuana are for:

A lot of research has been done on CBD. CBD has the following properties:

What Are the Health Benefits of Marijuana?

Side Effects of Marijuana

The side effects of marijuana are minimal when used at low doses. They include:

At higher doses, the side effects include:

What Is The Legality of Marijuana for Medical Purposes

About half the states in the union have legalized marijuana for medical purposes. There are varying restrictions that apply. In most states with legalization, a prescription, authorization, or medical recommendation is needed.

There has been extensive research conducted covering the chances of addiction to medicinal marijuana. The results have shown an extremely low risk of addiction if it’s taken at the low therapeutic doses recommended by medical professionals. There is also a low level of toxicity. However, there is a concern when it comes to the psychological dependence of marijuana for those who use it heavily. Even though it is not physically addictive, it may be psychologically addictive when used in large quantities. CBD oil has been used during some studies to help people successfully stop abusing marijuana as well as treat other types of addiction.

What About FDA Approval?

Prior to the FDA approving a medication, it must have clinical trials conducted that involve hundreds of thousands of people. This is done to determine all the risks associated with a medication as well as its benefits. According to the FDA, an insufficient number of researchers have performed clinical trials involving people. Not enough research has been conducted to determine if the medical benefits of the marijuana plant are greater than its risks to individuals.

How To Get Medical Marijuana In Louisiana

Louisiana residents need to have a recommendation by a state approved doctor before heading to one of the local licensed dispensaries in their area. You can find a list of approved doctors here. All local dispensary locations can be found here
In the United States, there are over 20 states where the use of medical marijuana is approved.People in states where the medical use of marijuana is legal can purchase it in shops commonly referred to as dispensaries. These places sell marijuana in many different forms. Individuals may be able to get medicinal marijuana in edible forms such as candy or cookies. It’s also possible to purchase oils and extracts, as well as marijuana plants ready to be grown at home.

In some states, a person must have a medical marijuana card before they can purchase any type of product from a marijuana dispensary. The criteria for obtaining a medical marijuana card is determined by the state where the dispensary is located. Many of them require a person to first obtain a prescription from a licensed professional health-care provider. Marijuana products are available with different levels of THC and CBD varying state to state. The marijuana plant has not been approved for medical use on a federal basis by the U.S. Food and Drug Administration (FDA).

Who Is Continuing Research?

Research involving the health benefits marijuana continues. The National Institutes of Health lists over 300 studies being conducted that relate to marijuana. There are many basic science studies being performed to determine how the brain’s endocannabinoid system and immune system work regarding marijuana. More than 59 peer-reviewed studies have been published concerning medicinal marijuana. Over 67 percent of these studies found some or a significant benefit from using medicinal marijuana.

The use and health benefits of marijuana remains a controversial topic in much of the United States. Some believe it should remain an illegal drug and others believe it should not even be used for medicinal purposes. Many see the potential of it to help people, especially those who suffer from serious medical conditions. Until a sufficient amount of research is completed that meets FDA standards, its use, and legal status will continue to be decided by each individual state.