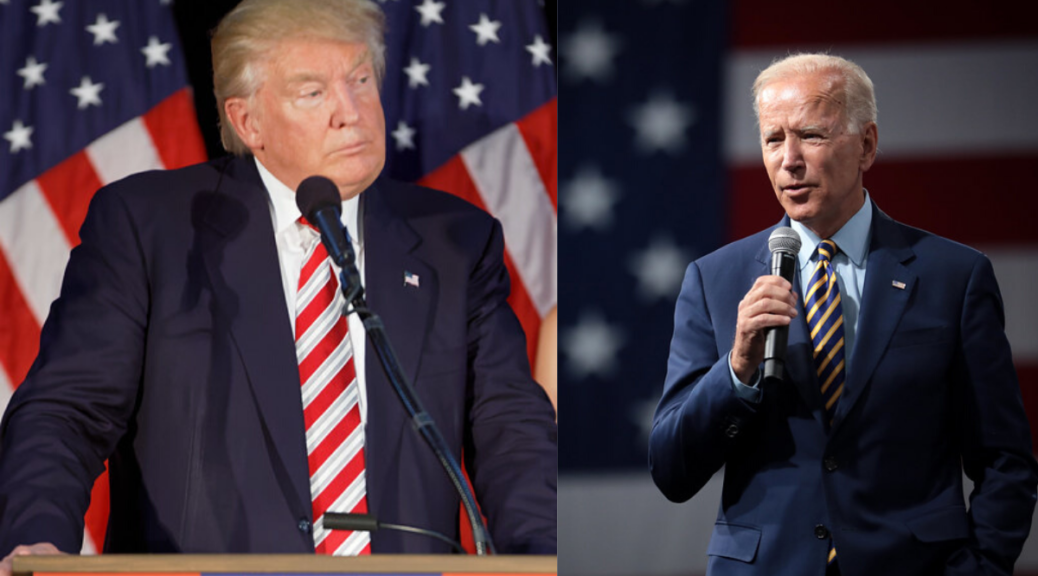 We have been waging the so-called war on drugs since the 1970s, with something like marijuana being placed on the Schedule 1 controlled substance list alongside LSD and heroin. Fortunately, we are now amid a stark reversal of this war with both Democrats and Republicans ready to take their blindfolds off.

While there has been a rapid spread of state legalization of  medical CBD, marijuana and Cannabis across the US, there is still a long way to go towards ending prohibition. Now with the election just around the corner as a voter, it is important to know what each candidate still in the race thinks about Cannabis and what they’d do to make access to those living in Louisiana and other states easier.

Most people know him as Barrack Obama’s vice president, but what many people don’t know is that Biden has every now and then flirted with the idea of legalizing marijuana. While the federal government has mainly taken a hands-off approach to legalization, Biden was once quoted as saying he’d favor full-blown legalization if it was supported by medical experts.

When recently asked on the presidential election trial he said that his previous stance had not changed. The problem with this stance is that medical experts can’t all agree on one thing. Then there is also the question which medical experts would he consider? Because there are just as many in support of legalizing marijuana as they are who are not. In other words, his stance isn’t clear or decisive for that matter.

Donald Trump, for the most part, in our opinion, is undecided. On the 2015 campaign trial, his position was that even though he believed that there were therapeutic benefits of marijuana, but it didn’t merit legalization. At one point he was quoted as saying “it was a bad idea” when speaking about legalizing marijuana.

Later on, his stance changed to that states were in the best position to legalize marijuana how they saw fit, but without any input from the federal government. Though his support for medical marijuana was clear from the beginning.

During his time as president trump tried to make it harder for states to legalize marijuana, case in point being the 2021 fiscal year budget announced in February 2020. Further solidifying our suspicions that Trump isn’t in the camp of legal marijuana is a leaked conversation from 2018, during which he can is heard saying that people who use cannabis “lose IQ points!”

While many Republican lawmakers insist that President Donald Trump supports states making their own decisions regarding legalization, so far the initial five years have proven otherwise.

While we are months away from the presidential elections, it is unclear which candidate would do the most to favor the legalization of recreational Cannabis. Even though democratic supporters would argue that Biden has a stronger stance but relying on the medical community to give him the green signal isn’t a stance. If anything, that’s never going to happen because doctors are unable to agree to anything!

After passing 74-16, House Bill 819, has now been sent to the governor for his signature. The bill expands the list of medical conditions for which doctors can prescribe medical marijuana, but it is still limited to those who have suffered a debilitating injury. The definition of “debilitating” is left up to the physician, and so whether or not you get to experience therapeutic relief by consuming medical marijuana will depend on what the medical professional’s assumption of how much pain you’re in.

Dr. Ken Roy, who is the former president of the Louisiana Psychiatric Medical Association, says that there is a lack of evidence that points to there being a link between the use of marijuana and any sort of relief. To him, its “problematic science.” But he isn’t the only doctor that feels that way, it’s fair to assume that the majority of doctors in Louisiana feel precisely the same.

Why Go Through the Effort of Passing a Pointless Bill?

The short answer is “politics.” Back in 2014, most politicians in Louisiana were still saying “No To Drugs,” a slogan attributed to Nancy Regan’s campaign many decades ago. While 2014, isn’t so long ago, our politicians were stuck in the 60s. But that’s until Pollster John Couvillon, ran a poll that same year and found that a majority of people were in favor of legalizing medical marijuana in the state. That led Sen. Fred Mills, R-Parks, to try legalizing it that year, but because with most house members stuck in the 60s, that bill met a quick demise.

Mills then made a return with Senate Bill 271, in 2016, mainly aimed at legalizing medical marijuana, but seeing as how everyone was stuck in the past, certain conditions were added. That bill was passed because it towed the incredibly narrow line of the political elite who don’t want to have anything to do with marijuana yet offered some optimism to people who supported medical marijuana. The message was “we are getting there” when in fact, it was taking us nowhere because it only allowed doctors to recommend marijuana if they had an exclusive license to do so from the state board. Also, the patient needed to suffer from a very small list (14 to be exact) of extremely rare medical conditions like Crohn’s disease.

House Bill 819 isn’t anything special. Proposed and drafted by Larry Bagley, who says that before his encounter with cancer, he didn’t know a thing about medical marijuana. Unfortunately, he still doesn’t, and the bill reflects that fact. While supporters of the bill like to boast that it broadens the scope for which medical marijuana can be recommended nor are there any forms of flower available. The whole act of processing the cannabis sort of goes against the whole “natural” part of the whole thing. And it is up to the physician as to whom they consider having a “debilitating” illness or injury. So, if the doctor does not deem your condition debilitating enough, they will not be recommending medical cannabis for you.

Does not benefit the Legal Marijuana Industry

Honestly, there isn’t a legal marijuana industry in Louisiana. All agricultural centers are at Louisiana State University and Southern University. So, all dispensaries get their products from LSU’s growers. Demand is assumingly so low that Southern’s growers have yet to start selling their medical marijuana! We all know the saying about assumptions.

House Bill 819 does not change a thing. Louisiana, as a state, is still decades behind liberal states in legalizing the use of medical marijuana, and dare we say recreational marijuana. How many polls will it take to wake Louisiana’s politicians and medical boards up to the fact that we’re no longer in the 60s?