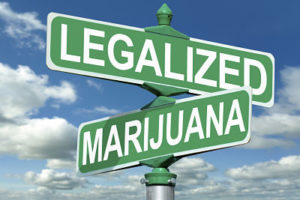 Chuck Schumer and the Democratic party are seeking to change marijuana policy. Senator Schumer stated that he is introducing a bill to decriminalize marijuana at the federal level across the country. With around 60% of the country leaning towards the legalization of marijuana and the laws surrounding it, the time has come for marijuana reform.
The proposed legislation to be released within the next week will touch on 6 key points. The first of which is to remove marijuana from the DEA’s list of controlled substances ending prohibition and allowing each state to regulate and tax as they wish.

Out With The Old

Removing marijuana from the controlled substances list would relieve some strain on the legal system. Many citizens who have had convictions involving marijuana have a hard time finding employment or housing due to the stigma that has followed cannabis for so long. The new legislation would help relieve some of that stress on the system saving both the states and the citizens time and money in the process.

In With The New

With cannabis legal at the federal level more states would have the opportunity to set up and establish medical marijuana facilities to benefit cancer patients and other ill citizens. Many people with severe illness who would benefit from the medicinal aspects of cannabis live in states with no access to medical marijuana. If the legislation passes it would open up opportunity to those states to establish medical marijuana facilities and provide patients with much needed medication. Currently people are traveling to states where cannabis is legal and bringing it back into their state of residence. A big risk for anyone today but more so for someone on limited income and fighting a serious illness.

This proposed legislation has Senator Schumer joining Senators Bernie Sanders, Ron Wyden, and a few others who have been in favor of marijuana reform. If it is to succeed the Democratic Party must have their ducks in a row and work together in an effort to really make a change. Legalizing, taxing, and regulating cannabis as well as overturning convictions is long overdue.

We will be following this and other topics closely. If the new legislation passes it could open up more options and availability for medical marijuana in the state of Louisiana. With our medical marijuana program barely off the ground and running this proposed legislation could mean great things for our patients.

More information and the full article from NORML can be found here.